The Eucharist is maybe the strangest thing about the Catholic faith.  Most of us grew up with it so we never really realized how odd it really is – “yes I believe that I go to church to consume the body and blood of a man who died 2000 years ago, but (thank God) he didn’t want us to throw up every Sunday during liturgy, so he made his flesh to appear under the appearance of bread and wine, that way nobody pukes, and it feels less like cannibalism”   From the outside it really does look strange, and I think this is why so many have sought to remove the Eucharist from its central place in the Christian faith.   There are, of course, various ways this has been done; some deny that Eucharist is important at all – after all what Christianity is about (so they say) is faith.  Some have tried to argue against it, framing the Eucharist as an idolatrous practice despite Jesus’ command that his followers continue to celebrate it (Luke 22:19, 1 Corinthians 11:24).  Most non-Catholic Christians just don’t know what to do with the Eucharist.  Jesus commands the apostles to keep it going, it happens on the night before he dies (seems important), and the earliest Christians talk about it constantly but with little to no understanding of the theology of the Eucharist, somehow the mass devolved into some wonder bread and grape juice being passed from one stranger to another – complete with crusts and dixie cups!

The reason this sticky little dogma of the faith won’t go away is because Jesus made it central.  Listen to his words during the bread of life discourse: “Truly, truly I say to you, unless you eat the flesh of the son of man and drink his blood, you have no life in you; he who eats my flesh and drinks my blood has eternal life, and I will raise him up at the last day.  For my flesh is food indeed, and my blood is drink indeed.” (John 6:53-55)  It doesn’t get much more clear than that; Jesus hinted at the Eucharist at various times in his life, and then actually institutes it the night before his death – a time of immense importance.  When all of this is coupled with the fact that we know early Christians considered the Eucharist to be at the center of what it meant to follow Jesus, we are confronted with something that not everyone understands, but which is clearly central nonetheless.

The facts sometimes don’t fit into what we think Christianity should be.  One night early on in my college years I went to an event on the CU campus put on by an evangelical protestant group.  After some praise and worship songs, the pastor of a local church got up, and much to my surprise he started talking about the last supper.  As a catholic (who didn’t know his faith too well yet) I was anxious to see what he would say about the Eucharist.  The pastor started reading from one of the accounts of the last supper, and much to my dismay, right at the key moment, he changed the words of scripture: “take this all of you, for this is a symbol of my body”. I wanted to stand up and scream – I couldn’t believe he would do such a thing as to change the words of Jesus himself.   Theodore of Mospsuestia (ca 350- 428), one of the Church fathers says this: “The Lord did not say: This is a symbol of My Body, and this is a symbol of My Blood but: ‘this is My Body and My Blood.”  But that simply didn’t fit into what this pastor thought Christianity was about – so he changed it to conform to his idea instead of conforming himself to what the Lord taught.

There are so many reasons Jesus did what he did in giving us his body; and this short article is far from sufficient to get into all of them.  Perhaps the most important reason has to do with understanding why Jesus instituted the Eucharist on the night of Passover, and how that important fact ends up tying together the last supper and the crucifixion itself, but that’s for another time.  Here let me note just one small piece of the puzzle.   Part of the reason the Jews are so shocked in John 6 is because Jesus talks about drinking his blood – and God had not only forbidden any sort of cannibalism, but also the consumption of any animal blood.  “If any man of the house of Israel or of the strangers that sojourn among them eats any blood, I will set my face against that person who eats blood, and will cut him off from among his people.  For the life of the flesh is in the blood; and I have given it for you upon the altar to make atonement for your souls; for it is the blood that makes atonement, by reason of the life.” (Leviticus 17:10)

The life of a thing is in its blood – God emphasizes this even more just a few verses later, and therefore the Jews are not to consume blood.   Notice also that blood has to do with sacrifice; God has provided a means of expiation through blood – something Jesus will identify with his own blood on Holy Thursday.   Listen again to the words of Christ in John 6: “Truly, truly I say to you, unless you eat the flesh of the Son of man and drink his blood, you have no life in you; he who eats my flesh and drinks my blood has eternal life, and I will raise him up at the last day.” (John 6:53-54).   The life of a thing is in its blood – and in Jesus is eternal life – thus the Lord desires us to share in eternal (think not just quantitative, but qualitative) life – and therefore he commands us to drink his blood.

The Jews (including disciples of Jesus) in John 6 are not happy with the Lord about this: “this is a hard saying; who can listen to it?” (John 6:60).  It’s still hard today – and so many Christians continue to push Jesus’ teaching to the fringe, replacing it with rock-concert “worship” and consoling words about how we’re all going to heaven.   Not to be too hard on these churches, but if I am honest it seems all too much like a man-made religion – sensible, appealing, entertaining and consoling – but not from God. 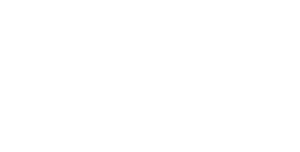